RonDB: The World's Fastest Key-value Store is now in the Cloud

We are pleased to introduce RonDB, the world’s fastest key-value store with SQL capabilities, available now in the cloud. RonDB is an open source distribution of NDB Cluster, thus providing the same core technology and performance as NDB, but as a managed platform in the cloud. RonDB is the best low-latency, high throughput, and high availability database available today. In addition, it also brings large data storage capabilities. RonDB is a critical component of the infrastructure needed to build feature stores, and, in general, real-time applications.

RonDB is an open source distribution of NDB Cluster which has been used as a key-value store for applications for almost 20 years. The name RonDB is a synthesis of its inventor, Mikael Ronström, and its heritage NDB. RonDB is offered as a managed version of NDB Cluster, providing the fastest solution targeting the traditional applications that use NDB Cluster such as those used in telecom, finance, and gaming. RonDB provides a solution as the data layer for operational AI applications. RonDB gives online models access to reliable, low-latency, high-throughput storage for precomputed features.

RonDB is ideal for developers who require a real-time database that can (1) be quickly deployed  (RonDB provides a possibility to set up an RonDB cluster in less than a minute), (2) handle millions of database operations per second, and (3) be elastically scaled up and down to match the current load, reducing operational costs.

What is a key-value store?

A key-value store associates a value with a unique identifier (a key) to enable easy storage, retrieval, searching, and updating of data using simple queries - making them ideal for organisations with large volumes of data that needs to be constantly retrieved and updated.

Distributed key-value stores, such as RonDB, are optimal for organisations with heavy read/write workloads on large data sets, thus being a good fit for businesses operating at scale. For example, they are a critical component of the infrastructure needed to build feature stores and many different types  of interactive and real-time applications.

The value of RonDB

RonDB can be used to develop interactive online applications where storing, retrieving and updating data is essential, but there is also the possibility to search for data in the same system. RonDB provides efficient access using a partition key through either native APIs or SQL access.

RonDB supports distributed transactions enabling applications to perform any type of data modification. RonDB enables concurrent complex queries using SQL as part of the online application. Through its efficient partitioning scheme, RonDB can scale nodes to support hundreds of CPUs per node and then scale to hundreds of data nodes (tens of thousands of CPUs in total).

RonDB is the fastest key-value store currently available and the only one with general purpose query capabilities, through its SQL support. The performance of key-value stores are evaluated based on low Latency, high Availability, high Throughput, and scalable Storage (LATS).

RonDB has shown the fastest response times: it can respond in 100-200 microseconds on individual requests and in less than a millisecond on batched read requests; it can also perform complex transactions in a highly loaded cluster within 10 milliseconds. Moreover, and perhaps even more importantly, RonDB has predictable latency.

The combination of predictable low latency, the ability to handle millions of operations per second, and a unique high availability solution makes RonDB the leading LATS database, that is now also available in the cloud.

RonDB is the foundation of the Hopsworks Online Feature Store. For those unfamiliar with the concept of feature store, it is a data warehouse of features for machine learning. It contains two databases: an online database serving features at low latency to online applications and an offline database storing large volumes of historic feature values.

The online feature store provides the data (features) that underlie the models used in intelligent online applications. For example, it helps inform an intelligent decision about whether a financial transaction is suspected of money laundering or not by providing the real-time information about the user’s credit history, recent card usage, location of the transaction, and so on. Thus, the most important requirements from the feature store are quick and consistent responses (low latency), handling large volumes of key lookups (high throughput), and being always available (high availability). In addition an online feature store should be able to scale as the business grows. RonDB is the only database available in the market that meets all these requirements.

We’re not releasing RonDB publicly just yet. Instead, we have made it available as early access. If you think your team could benefit from RonDB, please contact us! 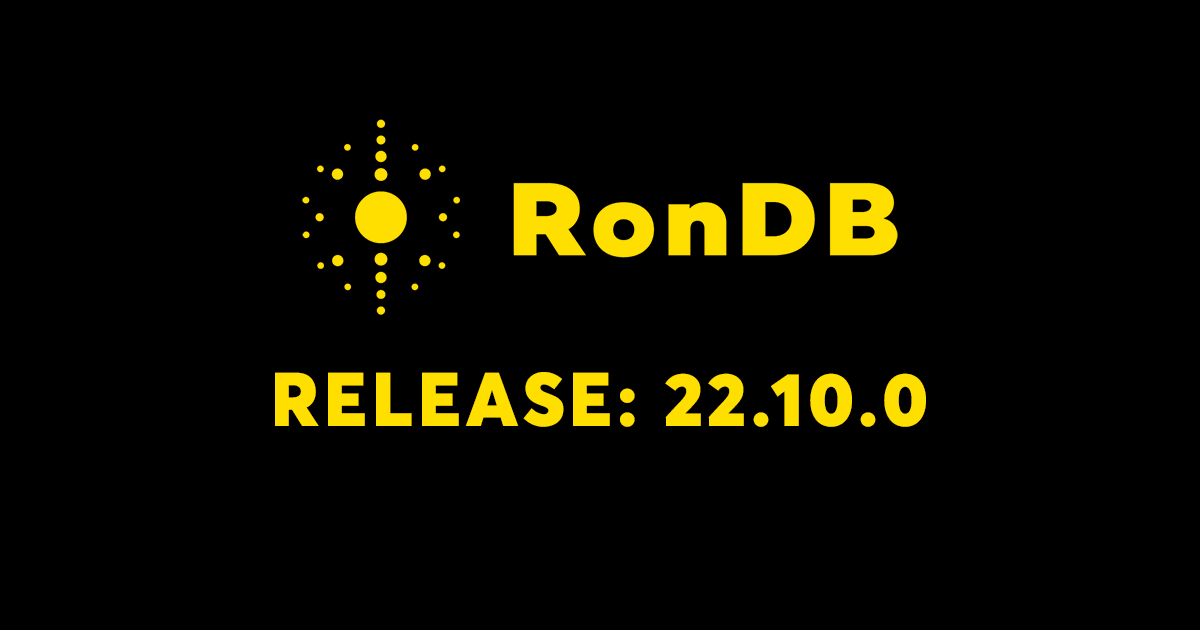 The flagship feature in the new LTS version RonDB 22.10.0

In RonDB 22.10.0 we added a new major feature to RonDB. This feature means that variable sized disk columns in RonDB are stored in variable sized rows instead of using fixed size rows. 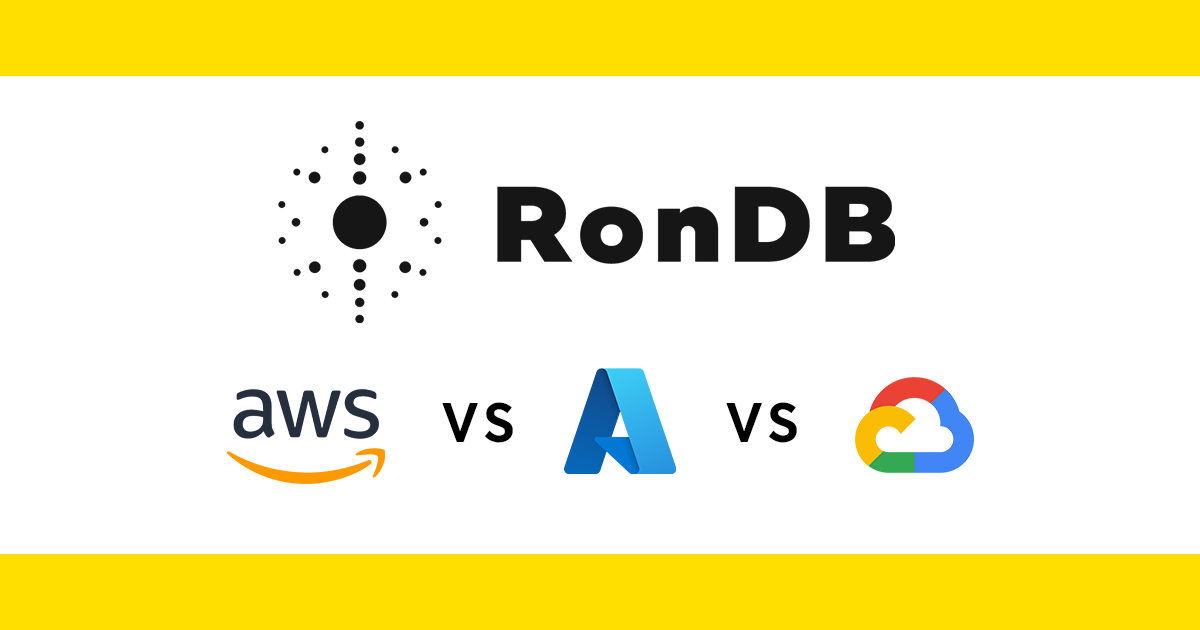 RonDB 21.04.0 has integrated benchmark scripts to execute various benchmarks towards RonDB. We bring now the results of RonDB benchmark on AWS, Azure, and GCP. 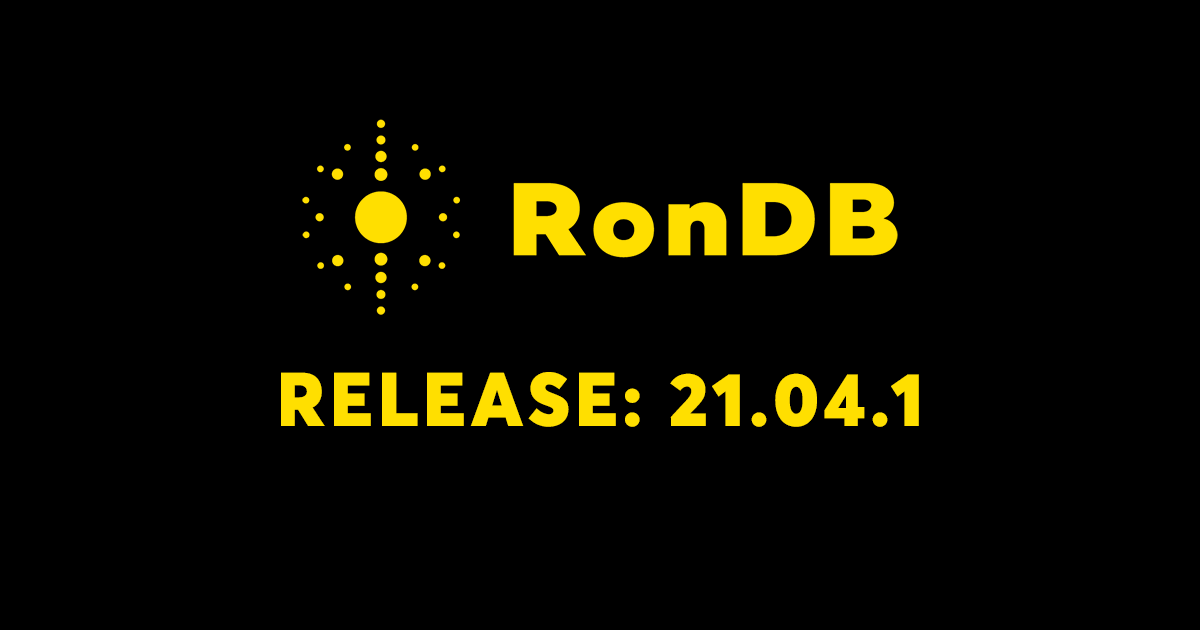